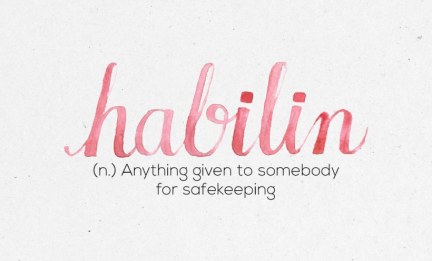 In the past she had often visited him, keeping him company whilst he fished along the river bed. She would turn up just after the sun was highest, dancing along the ripples as though made purely of air. Her teal skin would glisten like wet scales, but she was always smooth as silk to touch, and her cerulean hair would wash down her neck, shoulders, and back like a waterfall on soft stones. She was the only being he spoke to now he lived away from the city, and she kept him company when he was otherwise alone. He was always in awe of her skills with the currents, the fish, and with magic in general… but it was her kindness he admired most of all. They would share many hours swapping stories, laughing, and joking, and sometimes they would even sit silently, content in the company each other gave. It had been awhile since he had seen her, but every day he dreamed he would, but every day it seemed less likely she would.

Today though, after spending a morning catching no fish his hopes did come true, but it wasn’t like his memory. This time the water nymph did not dance, she did not even really sway. She walked along the waters surface with her head down to her chest; her body suggested sadness and she looked less like a usual water droplet and more like a tear.

When she finally reached him, and sat at his side, she pressed herself against his arm. Her skin, which was usually cool, almost refreshing, to touch felt warm like she was hot with fever.

“Are you ok?” Said the Fisherman, his voice filled with concern.

“No” She said bluntly, her often playful words lost in fear. She sensed the mortal man pressing her for more, and sighed before continuing. “Surely you’ve see the state of the river recently? It’s once clear water now murky and dark, the fish no longer swimming eagerly down stream but coasting, miserable and glum”

The Fisherman nodded, unable to disagree. Each days haul was worse than the last, he used to fish a little extra to stockpile, but these days he ate what he caught or he didn’t eat at all.

“I have” He said, looking down at her. On closer inspection, she looked nothing like she once had. Her soft skin looked dry, without so much as a sparkle, and her hair looked tangled with grease. Overall her colour had faded, looking more grey than blue. She certainly was no longer the Nymph he once knew.

“It’s too late now” She said softly, “The town up ahead across the way already ruins our precious river. They pollute it with waste and take no care for nature” He felt her pull away, getting angry with her words. “They have no respect at all! If I were my father… Well… I’d wipe them from the ground” Her grey complexion almost turned more red now, than blue, and steam was visible rising from her arms and back. Her head fell low again, her eyes closed, as though counting to ten to readjust herself.

“What can we do then?” Said the Fisherman, offering some support “It’s my livelihood as well. I will do what I can”

At the sound of his aid the Nymph looked up; she was smiling.

“I knew you’d say that!” She said, a jovial hint to her words. “I have a very special request of you…” With that she put her hands to her waist and concentrated. Her body quivered slightly, and her hair began to raise. Between her palms water seemed to flow. Slowly, purposefully, it swelled and built a sphere of water, which sat with weight in her hands; it had the appearance of a soap bubble, drifting on the top of a tub.

“This is my heart” She said, looking up at the Fisherman. Her eyes had turned a fierce white and, though there was no pupil, he could feel her looking deep within him. “I want you to take my heart and leave this place. Keep it for as long as you need, until you find a perfect stream, but never let it burst.”

The Fisherman stood back, aghast and uncertain.

“I may not be truly mortal like you” She said softly, “But if this river loses its essence, I will be nothing but weakness and waste. If you take my heart away, the river will dry up and the fish will die. Consider that you’re sparing them though, sparing them from being born to live in squalor; their lives getting worse with each passing generation. Then, if you find a new stream, one unpolluted by mortal hands, I can take form again and we can live in harmony. Will you do this for me?”

The Fisherman gave it no real thought, placing his hands on her heart. It was cold, and he could feel it pulsing with water and life.

This is entry #19 for the WordHigh July Challenge of 30 Beautiful Filipino Words!